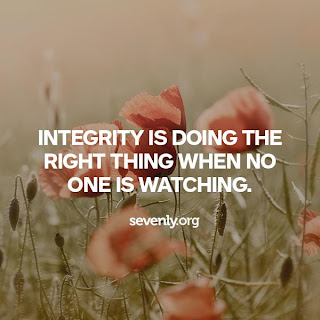 There is no greater calling than to provide, heal, rescue and serve others. – Sevenly

I have a lot of different dreams – to someday have an artist’s loft where I can paint or a house by the ocean where I can sleep each night to the sound of the waves, but one of my most passionate desires is to be able to be a philanthropist.

Imagine how many people in our own and other countries could benefit, how many causes and charities do so much good but just need a helping hand. I think that’s why I gravitate to those who play a part in healing. I love to find new companies like Sevenly where their mission is to give back to charities and causes with a new one each week.

Even if I can’t realize my idealistic goal just yet, I can still donate and purchase items where I know I am helping the world in my own small but important way.

For every T-shirt and hoodie sold, Sevenly donates $7 to that week’s charity. Those products will only be available for 7 days, and can never be purchased again. 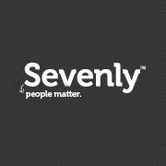 Launched less than two years ago, Sevenly is one of the world’s fastest-growing and largest cause-related companies. Part of their incredible success is due to their transparency, dedication, sincerity to every organization they partner with, and also their unique business model. Since June 2011, they’ve raised nearly $2 million for charities around the world, and recntly they announced a completely new line simply called Give.

With the Give line, Sevenly still donates $7 of every purchase to a cause, but they are expanding their offerings to non-branded fashion pieces and accessories, and the donation opportunities are longer than 7 days. Recently they partnered with Autism Speaks , the world’s leading Autism science and advocacy organization, dedicated to funding research into causes and prevention. With more than 1 in 88 kids diagnosed with an Autism Spectrum Disorder, this is definitely an organization that Sevenly wants to help. 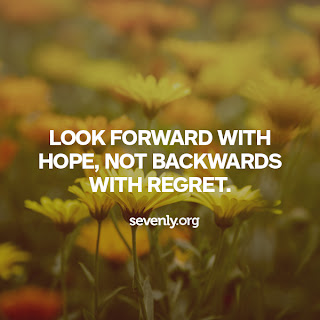 I found it fascinating how Sevenly began:

At the age of 26 and 19, Dale Partridge and Aaron Chavez had already come to the conclusion that it takes many a lifetime to realize: money doesn’t buy happiness. They realized that the biggest problem wasn’t just the fact that millions were in need, it was that billions were watching it happen and didn’t care. However, the last thing this generation needed was to be hit up for another donation. People wanted more. They needed more trust. They wanted more connection. But hundreds of worthy charities close their doors every year due to a lack of funding and awareness. They fail because they were not reaching this generation in the most effective ways by utilizing tools like social media.

People need help deciding. What charities can I trust? What causes need to be addressed? Why should I care? It was then the idea of Sevenly was born. It was a perfect marriage between what the market needed and Dale and Aaron’s personal need for more meaning and fulfillment. Inspired by their faith and a sincere belief that people matter, Dale and Aaron both left their current businesses to pursue the unfolding vision of Sevenly.

In China, thousands of babies are abandoned when born with serious birth defects or life-threatening medical conditions. Without love, care, and medical attention, these children will never have a chance of becoming adopted by a loving family.

When I found out that this week’s charity was Love Without Boundaries, I was truly moved. The reconstructive surgeries and love they provide help these children lead happy lives and make it more likely that they will be adopted. With your purchase at Sevenly, you can help fund a surgery. How cool is that?

Not only do I love Sevenly and what they are doing, I also love their clothing and other items. You can purchase branded or non-branded clothing.

I got the chance to review two branded items and fell in love with them. They are soft, comfortable, and fit my style to a “tee”. The messages soothe my spirit and help spread the word. Each shirt is an artistic and beautiful limited edition and ties in with the particular cause of the week.

Here are a few examples for this week’s branded items: 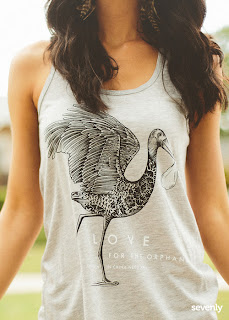 And this beautiful wreath sweatshirt: 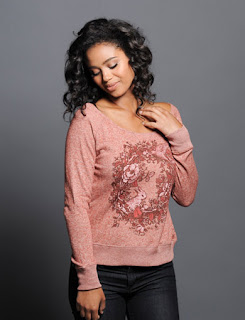 They have clothing for men, women and children and lovely and thoughtful accessories and prints as well. When you buy, you also receive a thank you card which tells you what good your purchase did that week.

Comfortable, stylish and helping those in need? I can’t think of much better.

Please check out Sevenly to see the latest weekly cause. You can also peruse the Give line as well as see past campaigns and how much has been donated. It’s really inspiring!

It’s a new world, so why not help in a new way?

Stay in touch with Sevenly:

Disclosure: I was provided items for review purposes, however the opinions expressed herein are strictly my own.