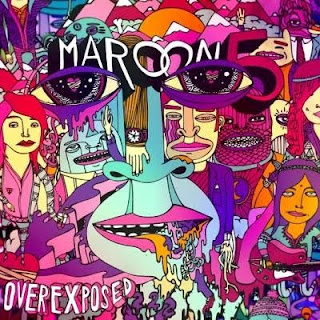 Tune in to the below listed shows to catch Maroon 5 on the small screen this week. Adam and James will also be chatting live alongside their album stream on Spotify Wednesday the 27th.

The show The Voice has brought Adam Levine into more households than ever before, but I’ve always loved their music. In fact, that is how I met one of my best blogger friends. Her name on twitter is @hardertobreathe so of course we connected!

I was able to listen to an advance copy of this cd and I highly recommend it. It’s definitely upbeat poprock, more in the vein of “Moves Like Jagger”.  Some of my favorites are “Payphone,” “One More Night, “Ladykiller” and “Beautiful Goodbye.”

And, I am thrilled to be offering you a chance to win the cd, so please enter the Rafflecopter and best of luck!

Also, my friend Beeb (@hardertobreathe) is having a giveaway for this cd, so if you want to double your chances, you can enter hers too afterward here. a Rafflecopter giveaway