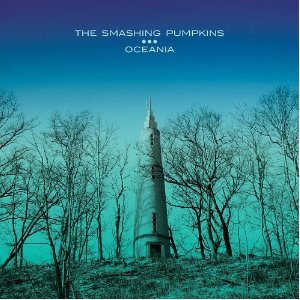 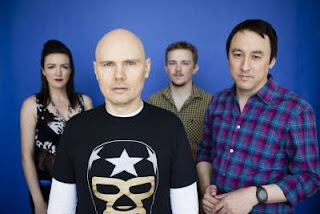 The Smashing Pumpkins have released their seventh studio album Oceania this week. Part of their 44-song work-in-progress Teargarden by Kaleidyscope, Oceania is “an album within an album” and was created by the band as an immersive album experience for listeners. All 13 tracks premiered simultaneously to fans and critics alike the week before release, with no specific single chosen to herald the new album.

Oceania was recorded at singer/guitarist Billy Corgan’s private studio in Chicago with his bandmates: guitarist Jeff Schroeder, drummer Mike Byrne and bassist/vocalist Nicole Fiorentino. The album is streaming in full at SPOceania.com and from SmashingPumpkins.com, where fans can sign up for the Smashing Pumpkins Record Club for the latest news and updates. Oceania is available now, in stores and online (iTunes / Amazon / SP.com).

I’ve been listening to it all day and love it. Would you like to win a copy? Just follow the Rafflecopter and meanwhile you can catch the Oceania Stream here!

Also, you can buy it asap at: