The One2One Network was very kind in sending me a copy of One eskimO’s self-titled debut cd and even kinder in that they are going to send one of my readers not only a copy of this very “cool” cd but also a stylin’ One eskimO t-shirt. 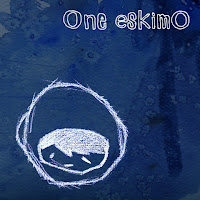 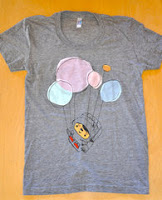 When I received the cd, I was excited to listen, because previously I had only heard “Kandi” and seen One eskimO on the Ellen show in March. I loved the song which was really catchy and remained in my head after the performance (but not in that “get it out now” kind of way).

“Kandi” is still one of my favorite songs on the album. I love how the band used an old Patsy Cline song – “He called me baby”, which was redone by Candi Staton and added their original twist.
“Kandi” was also recently featured in the tv show, Bones, “The Beginning in the End”, the final episode of season 5.

One eskimO are a four piece indie rock group from London, England consisting of Kristian Leontiou (vocals), Adam Falkner (drums), Pete Rinaldi (guitar), and Jamie Sefton (bass and horns).  I find it interesting that Leontiou was marketed toward the pop scene and had a top 10 hit in the UK when he decided to break away so that he could remain true to his own voice and vision for his music.

In an interview with the Guardian Newspaper, he said:

“I wanted to create a sound of my own: magical, ambient, filmic, acoustic,
beautiful and meaningful. I wanted to write about how I felt about life,
love, losses and failures, highs and lows, even heartbreaks.
But also about how amazing human life is and how mind-blowing our very existence is.”

I feel that in this album, One eskimO has done just that.

The album is floaty, dreamy, taking you on a journey. Imagine lazing on a raft on a cool river on a hot summer’s day. In fact, another of my favorite songs “Astronauts” speaks about this ephemeral quality:

“You float like a baby, looking for safety somewhere on mars, but if I’m mistaken your body’s in England, but your head’s in the stars“

I really love the haunting ethereal quality to this album and there isn’t a song I don’t like, which is rare, though some I love more than others.  I find it to be beautiful in its simplicity yet there are layers to be discovered upon further listening. I love “Simple Day” which brings to mind The Beatles and I find its backup vocals intriguing.

And, it’s a vibe that grows on me as I listen to it in the car or chilling on a Sunday afternoon. It’s a vibe that would appeal to many different ages as my nephews liked the cd as much as I did and “borrowed” it for quite a while.

I love that it’s not emo or moody like a lot of indie alternative albums whose themes include meditations on love and life. I love that it is actually upbeat while still being meaningful and reflective.
In fact, another favorite song, “Amazing” says it best: when it speaks about feeling renewed and ultimately loving life:

“I have no skin and I feel everything. It’s amazing“.

So, check out the quirky sultry lyrics and melodies. You just may find One eskimO a cool addition to your playlist. Check them out at most major music retailers including iTunes and Amazon .

And, if you want to check them out live, One eskimO is on tour May/June/July supporting Michael Franti in addition to festivals and headlining shows.

For more coolness, also check out the  One eskimO website .


First of all, you must be a U.S. resident. For a mandatory entry, please leave me a comment with some of your favorite
music.

If you would like ADDITIONAL ENTRIES to increase your chances, you can do any or all of the following and please leave me a separate comment for each. Each will count as an additional entry.


Disclosure: I was provided this cd to review by the One2One Network as well as the prizes for the winners, however, the opinions herein are my own.